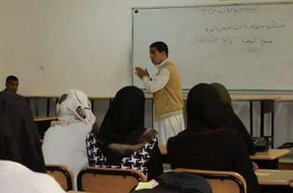 “Nature vs Nurture” by Madhumita Napa

It’s always fun seeing how much effort someone will put into my name before giving up. Usually, I’m able to stop them before they get too far, but on other occasions I wait until I hear my much more easy-to-pronounce last name, Napa. While it may be all fun and games, my name holds my heritage within its mere six syllables.

My parents got hitched in India and packed ship to Detroit, Michigan, with the hopes of living the “American Dream.” A year after they settled down here, I was born, starry-eyed and ready to take on the world. I was raised speaking English to my parents, with them speaking in their native tongue to me. My parents had the hope that I would also learn to speak their language, but I never had the knack for it. After a certain age, I became too embarrassed to attempt to speak it, for fear of being roasted by my family. Eventually, I was able to converse fairly well in English, and it was time for me to go to school. My parents signed me up for a Christian Montessori school, which sounds great on paper, but was actually very confusing for the impressionable three-year-old me. My family is very Hindu, so I grew up only ever exposed to Hindu gods. Being in a Christian school, I learned about how other groups of people viewed God, so naturally, I went home with a lot of questions. After having many mind-blowing conversations with my parents, I gained a respect for other religions and came to really enjoy school.

Six years later my brother was born, and my mom decided that she wanted to get a new job. Both of my parents are contractors in the computer science field, so they were used to moving around a lot. Now that two kids were in the picture, moving was not so easy. We moved around to a couple different states, staying in each one for a couple of months to a year, before coming to New Jersey. By now, I was eight and ready to start fourth grade. It was in NJ that I realized how different I was compared to the rest of my class. I was brown, and they were white. I brought curry for lunch, and they brought PB&Js. I had a hard-to-pronounce name, and they had simple names. It was this initial “me vs. them” viewpoint that got me thinking about whether I was going to embrace my uniqueness, or whether I was going to become one of them. On the first day of class, I remember sweating bullets as my teacher was going through the roster for attendance.

“Can you pronounce your name for me?”

I nodded my head vigorously, with the hope that she would move on to the next person.  Little did I know that this was the pronunciation that I would keep for the next 12+ years of my life. Before fourth grade, I never paid much attention to how my name was said, and I always pronounced it the way my parents intended. But for some reason, fourth grade made me realize just how westernized my world was. After seeing what the other kids brought for lunch, I stopped bringing my mom’s food and started buying lunch from the cafeteria. I did everything I could to blend in.

At home, my parents started to notice the ways my brother and I were adapting to the world around us. I started wanting to wear short-shorts, as opposed to the more conservative bermuda shorts. I wanted to wear my hair down, rather than have it confined in two braids, which are typical of Indian school-girls. My brother eventually could only understand half of my parents’ mother tongue. While we maintained our religion and our taste for Indian food at home (it’s way too good to let go), we were losing touch with the rest of our culture.

When I turned 12, it was time to start high school, and my parents decided to make one final move so that I could have better in-state college options. My parents decided that Northern Virginia would be a good place to bunker down, since it was a nice area, and it was close to their jobs. High school was definitely a different experience compared to middle school. Walking into my first class, I was met with a sea of brown faces. I had never seen that many South Asians in one place before, let alone in one of my eight classes for the day. The teachers still mispronounced our names wrong, but it was less embarrassing than being the only one. The cafeteria was filled with amazing aromas derived from different countries. Some of my teachers were even Indian themselves! It was like a mini-India.

As time went on, I started to notice that I may have been more culturally-immersed than I had thought. When exam season came around, I saw many of my classmates coming to class with heavy undereye bags and dark circles, much like how I would show up to class too. Throughout the lecture they were yawning and struggling to keep their eyes open. Then it dawned on me: they had been staying up late to study too. Now don’t get me wrong, my old classmates were hard-workers too, but they were much better at time management and didn’t need to stay up late the night before to make up for lost time. My parents would tell me how they would stay up until 3:00 or 4:00 am studying for their exams, sometimes foregoing sleep altogether. In India, your career is determined by your rank amongst your classmates, with higher-ranked students being granted more prestigious jobs, and lower-ranked students getting less desirable jobs, so in order to get into a good field of work, you needed to hustle with your schoolwork. This sense of competitiveness and drive was ingrained in me and many of my classmates too. Many of my SAT prep classes were filled with other South Asians, showing that determination to do well. Whether or not the extra classes worked was one thing, but the fact that your weekends had to be booked with some academic activities was a must.

All my life I had been trying to confine myself into one public sphere and classify myself as either “this” or “that.” Some, like Antonio Gramsci, would say that I’m an organic intellectual, in that I’m striving to be a leader for the community I come from. The only problem is I don’t know what community I can say I’m from. I am a first-born immigrant child of color, I’m a woman, I’m American, and so much more. There is no one way to define who I, or almost anyone, am. Nancy Fraser has a much more fluid approach to this whole labelling business in that she sees that rather than having one, large all-encompassing public sphere, we can break it down into many sub-spheres, where similar individuals can voice their own opinions within that niche. Here’s where the problem lies with both Frase and Gramsci: I don’t need to identify with any one group of people. I don’t need to collaborate with only people like myself. It’s nice to be able to bounce from one group to another, rather than limiting myself, by saying that I only can relate with people born under similar conditions to myself. In fact, the whole idea of the public sphere is flawed because there is no one sphere that anyone belongs to. While I do agree that under Gramsci’s definition I would consider myself an organic intellectual, in that I’m paving the way for future generations of my family in this country, I don’t think my source of support is solely my family.

Gramsci also gets it massively wrong when it comes to his idea of spreading this “intellectuality.” Just because I’ve been educated in a westernized system, doesn’t mean that this system is superior to that in India. Gramsci would feel that I would need to travel back to the motherland to spread my “new found” knowledge, when in actuality, a lot of people in India who are studying at my level are much more wise than me. For example, to become a doctor in the US, you need to complete four years of undergrad, then four years of post-grad medical schooling. In India, that time is condensed, where the medical degree is completed in the same time as the undergrad degree. So, I don’t think it would be wise of me to go teach someone in India about cells, when they could teach me about how to perform a whole surgery.

All in all, I can’t be defined by anything other than my name, mispronounced or not.

Madhumita is a fourth year from Virginia, currently studying at the University of Virginia. She hopes to pursue a career in the medical field. In her free time, she likes to draw, bake, or spend time with her family.

How can schools teach critical thinking and analysis skills more effectively? Well, in my eyes, it is all about thinking independently and accepting other points of view.

Continue reading Chiraz’s conversation in Section One of Equality and Justice: An Engaged Generation, A Troubled World.